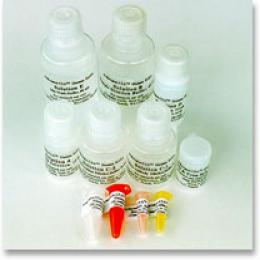 Description:
Ghrelin is a hormone produced mainly by P/D1 cells lining the fundus of the human stomach and epsilon cells of the pancreas that stimulates hunger.Ghrelin levels increase before meals and decrease after meals. It is considered the counterpart of the hormone leptin, produced by adipose tissue, which induces satiation when present at higher levels. In some bariatric procedures, the level of ghrelin is reduced in patients, thus causing satiation before it would normally occur.
Ghrelin plays a significant role in neurotrophy, particularly in the hippocampus, and is essential for cognitive adaptation to changing environments and the process of learning.Recently, ghrelin has been shown to activate the endothelial isoform of nitric oxide synthase in a pathway that depends on various kinases including Akt.