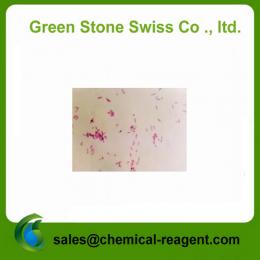 The uses of acetic acid bacteria:
Acetic acid bacteria can directly convert glucose into acetic acid if the sugar source is sufficient;
In the absence of a sugar source, it first turns ethanol into acetaldehyde, and then turns acetaldehyde into acetic acid;
In the case of sufficient oxygen, it can oxidize alcohol to acetic acid to make vinegar.
Description About Acetobacter:
Acetobacter is a bacterium belonging to the genus of acetic acid bacteria, which has an elliptical to rod-like shape, solitary, paired or chained. In the old culture, it is easy to present a variety of malformations, such as spherical, filamentous, rod-shaped and curved. The young bacteria are Gram-negative and the aged bacteria are unstable.
Acetobacter can develop at a relatively high temperature (39 to 40 degrees), and the appropriate temperature for proliferation is below 30 degrees. The main function is to oxidize glucose to gluconic acid, and also to oxidize alcohol to produce a small amount of acetic acid, but not to oxidize acetic acid to carbon dioxide and water.
It can produce milky white membrane, its metabolite contains cellulose, it has a sour and fishy smell, and it grows together with yeast to promote growth. The acetic acid produced can clean the stomach and help digestion.
Acetobacter and Gluconobacter can be allowed to oxidize the ethanol to acetic acid and form a wine vinegar.